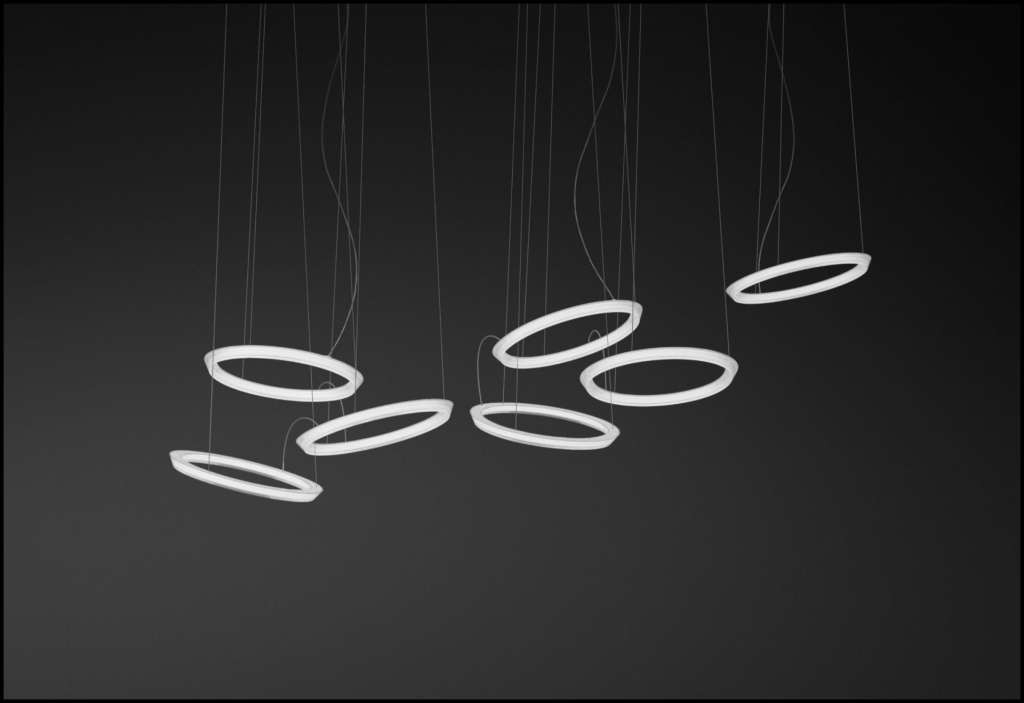 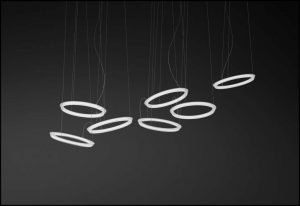 It’s the last week of term already! It’s been a brilliant start to our year and its amazing to think just how much we’ve achieved and just how far we’ve come in the last 8 weeks.

This whole half term has been about recognising who we are and celebrating the amazing gifts and talents that we have. Pope Benedict said, when he visited this country, that we were to become the “Saints of the 21st Century”. We can only achieve that by being he people God made us to be.

On our first day back after half term, we have our All Saints Day masses. It’s the first, and only time that we celebrate a big mass as a key stage and to make it extra special this week we’re going to be preparing some really cool things for our celebration.

Each day this week we’re going to look at a different saint and look at how we can use their example to inspire us. On Thursday we are going to give you a chance as a form to find a Saint that you think is really awesome and then create an image of that saint for our celebrations on the first day back!

Also if you missed it last week this video is a great explanation of how we get saints in the Catholic Church in the first place!

Don’t forget you can still get your living stones done if you’ve not done it yet – you’re going to see all the amazing work that the forms have been doing over the last few weeks up around school very soon, so don’t miss out!

You may have heard about the new living stones project going on in school – today it’s your job to help lay down the first bricks!

Your job is to personalise your brick to celebrate your form – you can draw each other, get everyone to sign it or do anything you like – just make it personal and make it awesome!

Your first job is to collect your blank “brick” from the Chapel. They are in the letter holder by the entrance to the chapel, so go grab one, and while someone has gone to collect it, think about what you want your form’s brick to look like!

You don’t have to finish today – you might just want to talk about ideas but when it’s done bring it down to Tom or Marsha in the Chapel!

If you get chance, have a read of the scripture around the outside and see if it gives you any ideas!

Today we’re gong to start with our first Saint profile of the week – St Thomas Becket.

Seems like a good place to start as he is the patron of our school! We even have a relic of Thomas Becket (a fragment of bone) in our school altar which you can see if you come down to the chapel this week!

Have a read as a form of the information below.

Ask the person next to you: What issues would you stand up for? Have you ever stood up for anything before?

If anyone feels like standing up, ask them to share the things they think are important to stand up for.

Thomas Becket was born in around 1120, the son of a prosperous London merchant. He was well educated and quickly became an agent to Theobald, Archbishop of Canterbury, who sent him on several missions to Rome. Becket’s talents were noticed by Henry II, who made him his chancellor and the two became close friends. When Theobald died in 1161, Henry made Becket archbishop. Becket transformed himself from a pleasure-loving courtier into a serious, simply-dressed cleric.

The king and his archbishop’s friendship was put under strain when it became clear that Becket would now stand up for the church in its disagreements with the king. In 1164, realising the extent of Henry’s displeasure, Becket fled into exile in France, and remained in exile for several years. He returned in 1170.

On the 29 December 1170, four knights, believing the king wanted Becket out of the way, confronted and murdered Becket in Canterbury Cathedral.

Becket was made a saint in 1173 and his shrine in Canterbury Cathedral became an important focus for pilgrimage.

Thomas Becket died for standing up for his faith. He was not afraid to do what he knew was right, even it it meant gong through tough times. His example is a constant reminder to us all to stick with what we know is right and not to let fear and doubt stop us doing the right thing.

Lord, help us to be true to our faith and true to you. Amen.

Today, in the second of our Saint Profiles, we’re going to look at St Francis.

The current Pope thought he was so cool, he decided to take his name as his own!

Watch this video then have a talk about it.

Who do you think sets you a good example in school?

Think for a few moments in silence – do you ever set a good example to others?

Lord, help us to set a good example like St Francis. Amen. 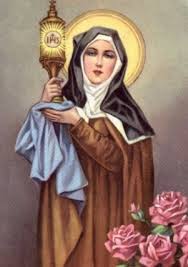 She was a follower of St Francis and started the religious order – The Poor Claires.

She is anamzing woman who lived her life for Jesus and one of her biggest claims to fame is she is the patron saint of Television!

Have a read of her biography below and discus the follwing question:

What would St Claire think of Television today? What would her favourite programme be?

Write your answers in the comments box below!

St. Clare of Assisi. Clare was inspired to imitate Francis of Assisi after hearing him preach, and she ran away from home to “live a poor humble life for Jesus,” eventually founding an order of nuns known as the “Poor Clares.” Near the end of her life, Clare became too sick to attend daily mass. Sick in her bed on Christmas Eve, she saw visions of the chapel mass on the wall of her cell, complete with organ music and singing. Considering this miracle to be the first live broadcast, Pope Pius XII declared St. Clare the patron saint of television in 1958. Bonus fact: It was a Poor Clare nun, Mother Angelica, who founded EWTN (Eternal World Television Network), which broadcasts Catholic-themed programs including daily mass.

Lord, help us to see you in our lives and help others see what you are capable of. Amen.

As we’ve finished our PSHCE topic for this term, This Thursday is going to be a little bit different. Today we’re going to be preparing for our All Saints Day masses, which take place on the 4th of November – the first day back.

As a form, using your knowledge and the awesome website below, we want you to find a really cool Saint that we can celebrate on All Saints Day. Often saints are patrons for particular places, people or things. Our Houses all have Saints or Holy men and women for patrons which we celebrate in our house masses.

Click HERE for the Saint Database – 10629 saints and counting!

You may already know a really cool saint that you want to celebrate but if you don’t use this time to find one for your form. On Monday, 2 people from your form will need to bring up a poster/picture for that Saint at our offertory in Mass. Make sure the poster/picture explains why this person was a Saint and what we can learn from it!

Doing this reminds us that we are part of a massive church family, with an amazing history and heritage. It also reminds us that by being the people God has made us to be we can be like the saints, and one day, who knows, you might have a class of young people learning about you!

Lord, help us to remember that we are part of the family of the church, and that we are all called to live like the saints. Amen. 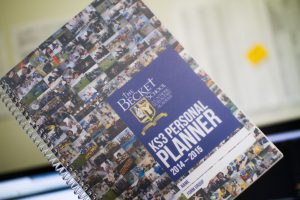 As you know, we are going to use the Scripture from this Sunday’s Gospel to reflect on every Friday. If you are in KS 3/4 You can use your planners to to help you understand the scripture.

KS 3 /4 – Have a read of the explanation in your planner and answer the questions with your friends.

Finish the morning by praying the prayer you find at the bottom of the page.

KS 5 – Have a read of the piece of scripture above.

The Pharisees were attempting to catch Jesus out by attempting to make him say the wrong thing. He told them that you should give back to God what is God’s and that money and material things do not matter.

Is money important? Is it more important to have money or faith? Can you have lots of money and lots of faith?

Lord help be faithful to you. Amen.