Although many of you can’t vote yet what is decided by your parents and friends will shape your country and your lives for years to come.

With that in mind this week’s Prayer Resources are a bit different. The Word of the Week this week is “Feast” because every day this week is a Saint’s feast day, but it just so happens, that everyone one of those saint’s lives can help us think a little about the issues being debated in the referendum. It’s the very reason we celebrate the lives of those holy men and women who lived hundreds of years ago – to learn more about our lives today.

On Thursday we will go to the polls and take part in our own referendum – the results will be announced live on Friday morning!

Below are the 4 saints we are celebrating this week and the 4 issues we can link them with. – Use one Saint/issue each day and debate in your class before making your final decision on Thursday. How does our Catholic Faith inform the way make our decision? 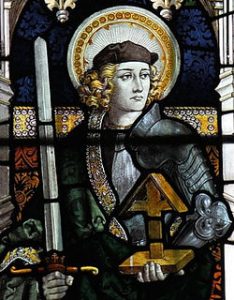 Monday – The Feast of St Alban.

St Alban was the first martyr of Britain. He gave his life for a faith he believed in. He protected a visiting priest when it was illegal to do so and then offered to give his life for his when they were found. Because of this he is the patron saint of refugees. Refugees and immigration are a massive part of the debate to leave or remain – watch this: 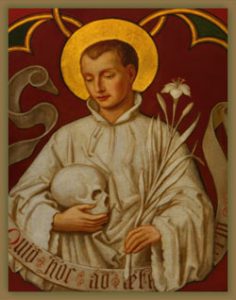 St Aloysius’ life was an interesting one, he worked in a hospital and with the poor. These two areas are hugely affected by the economy and in fact how we look after the poorest in our society can say a lot about who we really are and what’s really important to us. The economy, and the NHS are both affected by Europe – Watch this: 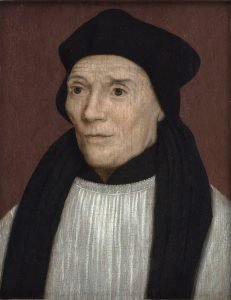 St John Fisher is a famous saint who stood up to King Henry the 8th when he tried to take power from Rome. Although he was an important political figure, he believed in the church and stood by the Pope.

In Europe, a big concern is who is really in charge. Do we get to make our own laws or does being part of Europe mean we lose control of our country? 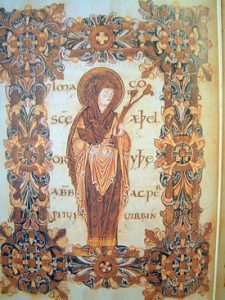 Thursday – The Feast of St Etheldreda

St Etheldreda lived a very interesting life at a very unsettled time. She was married to a prince and then to a king who at one point tried to kidnap her using force. She lived a life where her safety was not always guaranteed and her religious freedom often put her in danger.

Safety, particularly in the light of religious extremism, is a huge concern for all the countries in Europe – but how does it affect the debate?