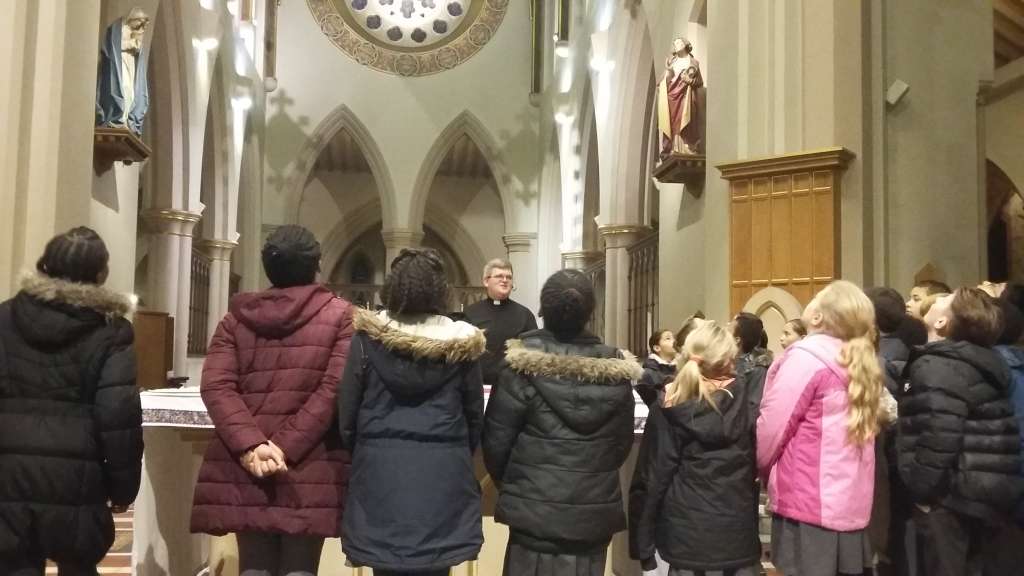 Before Christmas all of the schools across our Trust were involved in the MAT Carol Concert at the Albert Hall and between rehearsals as many of our Primary Schools as possible popped over to the Cathedral to have a tour and to learn a little bit more about the Year of Mercy that began in December.

The students met Fr Neil who was able to explain many of the special details around Saint Barnabas Cathedral and they were all able to go into the Cathedral crypt where they watched a video, (starring Bea, a former Becket student, and produced by Jason – who are both voluntary youth workers completing a second year at The Briars). The video explained in more detail about Bishop Willson who worked hard to ensure mercy for convicts who had been sent to Australia and were forced to wear chains whilst they walked  – the chains were so heavy it took a few of us to lift them!!

The students at Blessed Robert Widmerpool were also able to see where the name of their school patron is painted in one of the smaller chapels at the back of the Cathedral and all of the schools heard about the English Martyrs and their bravery.