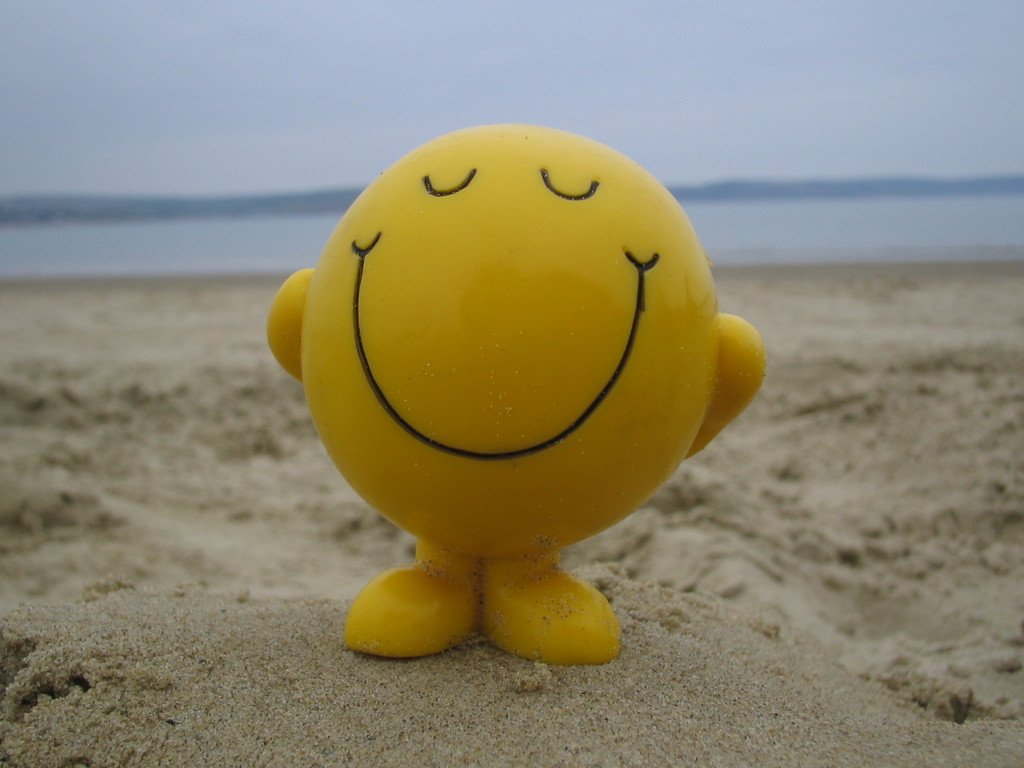 KS1 How happy are you?

This week we are looking ahead to the final Sunday of the church’s year which is the feast day of Christ the King and National Youth Sunday. Youth Sunday reminds everyone just how important young people are and the resources this week give us an opportunity to prepare something that can be shared at Mass.

We will be thinking about what makes us happy by focusing on a piece of scripture called the Beatitudes. Throughout the week we will be thinking about happiness by writing prayers, creating images, making cards and celebrating what we believe, and the many reasons that young people are so important. The Beatitudes also remind us of many ways in which we can celebrate mercy and can make sure that we are putting those in need first.

Start your week by reading the Beatitudes below and then scroll down for this week’s resources. Throughout the week think about how you can be truly happy and how you can share that love and happiness with others around you.

“Happy are you when people insult you and persecute you and tell all kinds of evil lies against you because you are my followers. Be happy and glad, for a great reward is kept for you in heaven. This is how the prophets who lived before you were persecuted.

This week’s music is all about how we can be joyous and happy once we understand just how much God loves us.

When we are loved as much as God loves us we can feel happy because we know that we always have someone to turn to. Whether we need to say sorry for something, to ask God for help or even to say thank you for the amazing things that we have, God will always be there to listen to us and to share love with us.

Sometimes it is difficult to find the time to turn to God and to say the things that we want to say so we are going to take some time to do this now.

Choosing either a sorry, asking or thank you prayer take some time now to talk to God who loves you unconditionally.

For help writing these prayers use the resources from this page:

You might like to listen to the song again as you write your prayers so that you can feel the happiness that God’s love brings!

On Sunday it is the feast day of Christ the King.

Close your eyes and picture a king in your head.

What are they wearing?

Where do they live?

What is their job?

How do they travel around?

How do they treat others?

What do they believe in?

When we think of a King and look back in history we often hear of someone who is very grand, with a crown, who might lead their soldiers into battles and will crush the enemy. They may travel in a chariot or on a tall handsome horse and they would believe that they were the most important person in the land and sometimes may not be very kind to their people.

Christ the King is all about Jesus as our King but he doesn’t match all of the things that we have said about being a King. 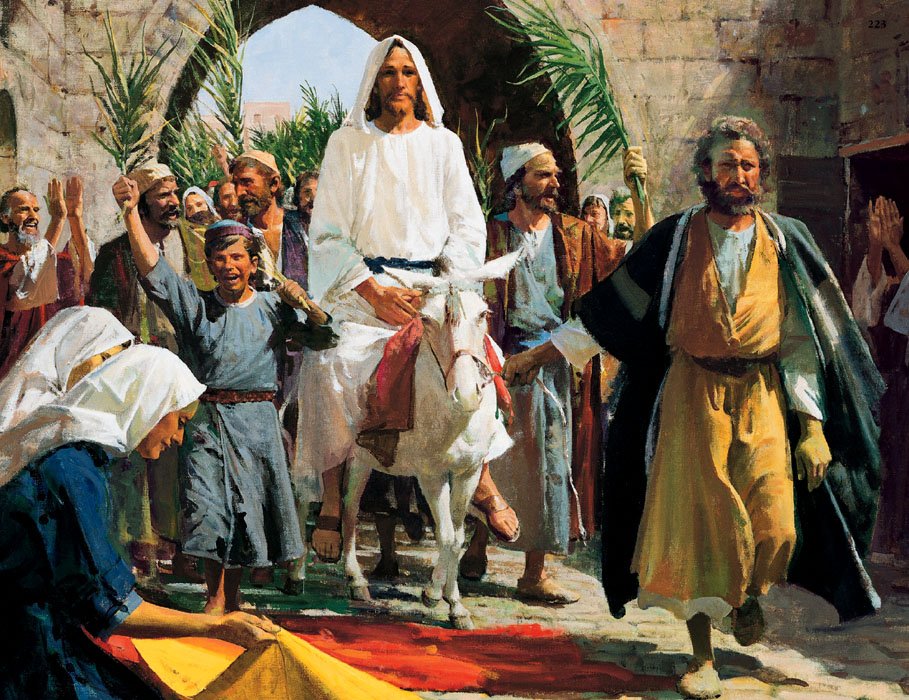 Jesus wore simple clothes and when he wore a crown it was a crown of thorns unlike the golden, jewelled crowns that we would imagine.

Jesus did not live in a palace or a castle but instead he was born in a stable and laid in a manger.

Jesus didn’t fight with others or treat them as unimportant people, instead he was a King for everyone. He treated sinners, lepers, children and robbers with the same love and respect so that He was a King for all.

There was no grand horse, instead it was a donkey that Jesus rode on.

Jesus taught us all that we should show everybody love because when we do that we are showing love to God as well.

Which type of King do you prefer?

Is Jesus the King in your life?

Draw your image of Christ the King.

You might like to show Jesus with the crown that He deserves, you could draw His people loving and respecting Him or maybe Jesus riding on a donkey.

The scripture at the top of our prayer resources this week is called The Beatitudes.

This is where Jesus taught his followers the ways that they could be truly happy.

Look at the image below and read what you can do to be happy – you might be surprised at some of the things that Jesus said. Your action today is to come up with some photographs to show how you can live out these instructions that Jesus gave to us.

Split into 8 groups and create some actions which show how we can be peacemakers, fair, kind etc. For example, you could take a picture of each person having 3 colouring pencils each to show that it is fair, or show people shaking hands to show peace.

You can have a maximum of 3 photographs to give your message and remember to stand still when the pictures are being taken!

Think about where you could display your photographs of The Beatitudes. You could share them in your parish church on Youth Sunday or you could display them near the entrance of your school so that everyone can see how they can be truly happy.

Today we are going to think about what makes you happy!

In case any of you aren’t feeling very happy yet here is a video of someone who is very happy and it should get you all giggling and feeling happy!

So as you can see it can be very simple things that make us happy. It could be a dog bursting bubbles or it could be seeing how happy someone else is.

Think about what makes you happy.

Share what makes you happy with your Class and see if other peoples’ ideas make you feel happy too.

One thing that makes others happy is receiving a special message or a card.

Make a card for somebody that you want to be happy.

It could be to a friend or relative.

Write or draw something on the front cover that will make them happy. It might be flowers or a happy moment that you have shared together.

We pray Lord that everyone will find something to be happy about in their lives.

Help us to share our happiness with others and to bring great joy to those we meet.

This week’s scripture helps us to think about the Year of Mercy.

Read this Gospel together and see if there is a particular bit that stands out for you.

“When the Son of Man comes as King and all the angels with him, he will sit on his royal throne, and the people of all the nations will be gathered before him. Then he will divide them into two groups, just as a shepherd separates the sheep from the goats. He will put the righteous people at his right and the others at his left. Then the King will say to the people on his right, ‘Come, you that are blessed by my Father! Come and possess the kingdom which has been prepared for you ever since the creation of the world. I was hungry and you fed me, thirsty and you gave me a drink; I was a stranger and you received me in your homes, naked and you clothed me; I was sick and you took care of me, in prison and you visited me.’ The righteous will then answer him, ‘When, Lord, did we ever see you hungry and feed you, or thirsty and give you a drink? When did we ever see you a stranger and welcome you in our homes, or naked and clothe you? When did we ever see you sick or in prison, and visit you?’ The King will reply, ‘I tell you, whenever you did this for one of the least important of these followers of mine, you did it for me!’

The message from the Gospel is that if we help those who are in need around us then we are showing love and helping God.

Who do you think is in need in your community?

How could you help others? Share your ideas with your Class.

It can be easy to think that because you are young people you cannot help others as much as those who are older can but this isn’t the case! As it say in the book of Timothy:

Do not let anyone look down on you because you are young, but be an example for the believers in your speech, your conduct, your love, faith, and purity.

Even though you are young there is still a lot that you can do to make others, and yourself happy.

Make it your mission to help those that you see in need and to try to bring happiness to the lives of others.