We are surrounded by signs and symbols every day but this week we are going to focus on the signs and symbols that can be found in the sacrament of baptism. Baptism marks a person being welcomed into the family of God and being cleansed of their sins so that they can make a fresh start as they follow in Jesus’ footsteps.

We will start by thinking about the questions asked right at the start of the baptismal ceremony about the name that the person is given and what this means.

Our pictures will help us to think about the difference between a sign and a symbol and our action will get us using water in the same way that we do during baptism.

The video resource will teach us about godparents and their role within the baptism and finally our scripture will explain the importance of the anointing with oil and we will hear a story of how this same act was used to choose a king!

Listen carefully to this short song together – see if you can pick up the tune!

That song was all about learning names.

At the start of a baptism the priest will ask what name the parents have given to their child. This is an important moment because names can have a special meaning and are a way of showing that we have made a change.

In the Bible there was a fisherman called Simon but when he changed and followed Jesus he was given a new name of Peter which means “rock” and Peter was the disciple who went away and built the Christian church.

Do you know what your name means?

If you could choose to have any name as a disciple of Jesus what would it be? Why would you choose that name?

Try joining in with the song in your class and include the names you have chosen for yourselves as disciples of Jesus.

Thank you Lord for calling each of us by name to be your disciples.

Help us to be proud of the person that we are and to remember to do everything in your name.

Look at these signs. What do they mean? 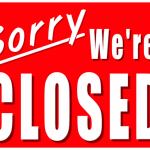 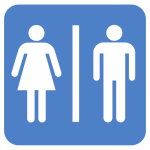 Signs are there to tell us things in a clear way.

Look at these pictures, do they mean anything to you? Are they symbols for anything? 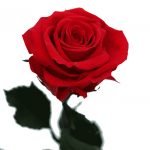 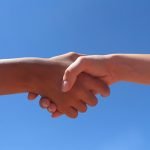 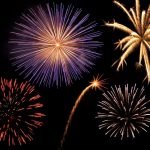 A symbol is there to help you to imagine something else.

If you have a candle in your classroom light it now and have a look at it as we think about the candle given in the baptismal ceremony.

Different reasons are given for why a person receives a candle at their baptism.

Some say that it is a sign that they have moved from darkness into the light with Jesus.

Some say it is a symbol to show that  Jesus, the light of the world, is present in their life.

Do you think the candle is a symbol or a sign?

Why do you think the baptised person is given a candle?

Candles can make each of us think different things. Next time you see a lit candle think about what it means to you and think about why they are often used during Liturgies and during Mass.

Today’s action is thinking about water so you will need a container(s) with water in that everyone in the class can use.

You will also need some stones and some felt tip pens.

During baptism water is poured over the person’s forehead 3 times.

The water is used to show that the person has been washed clean of any sin and can make a fresh start.

Today we are going to think about how we can use water to wash away the things that we are not proud of and that we would like to say sorry for.

Choose a stone and a felt tip pen.

Take a few moments to think about the things that you would like to say sorry for.

Have you been mean to anyone?

Have you left anyone out?

Did you ignore someone when they needed help?

Just as water washes away sins at baptism we are now going to use water to wash away the things that we have written on our stones.

Take it in turns to take your stone and wash it in the water. You might need to give it a bit of a scrub!

Water is powerful and can destroy things in its path but it can also cleanse and bring new life.

Our stones are now washed clean and we can see that God has shared his love and forgiveness with us.

Remember that God is forgiving and will give us a fresh start no matter what because:

nothing can separate us from his love

At a baptism we meet some very important people who have the job of helping the person who is being baptised.

Watch this video to find out more.

What do we call the people with an important job to do?

What is the important job?

Do they only help on the day of the baptism or should they be there to help at any time?

Godparents are there to make sure that we have help and support when we need some guidance. It is not always easy to follow in the footsteps of Jesus but we can look up to them and follow the example that they try to set of how to live like Jesus.

Godparents pray for the person who is baptised and will do what they can to help them.

Write your name on a small piece of paper, fold it in half and then place it in a box with all the other names from your class.

Pass the box around your classroom and pick a name out of the box (if you get your own name then put it back and swap it for another name!).

Try not to tell anybody who you have picked out of the box!

The person on your piece of paper is the person you are going to pray for. Just like a godparent you should try to give them help and guidance when they need it but remember, the best way to help them is to be a good role model who shows how to live like Jesus.

Take some time in quiet now to say a prayer for the person that you have picked.

Special oils are used during baptism. There are lots of stories in the Bible where oils have been used to show that someone is special and to welcome them.

Today we are going to hear the story of how oil was used to anoint a new king. Read the scripture below or watch the video to hear how the shepherd boy David was chosen by God as king.

The Lord said to Samuel, “How long will you go on grieving over Saul? I have rejected him as king of Israel. But now get some olive oil and go to Bethlehem, to a man named Jesse, because I have chosen one of his sons to be king.”

Samuel saw Jesse’s son Eliab and said to himself, “This man standing here in the Lord‘s presence is surely the one he has chosen.” But the Lord said to him, “Pay no attention to how tall and handsome he is. I have rejected him, because I do not judge as people judge. They look at the outward appearance, but I look at the heart.”

Jesse answered, “There is still the youngest, but he is out taking care of the sheep.”

“Tell him to come here,” Samuel said. “We won’t offer the sacrifice until he comes.” So Jesse sent for him. He was a handsome, healthy young man, and his eyes sparkled. TheLord said to Samuel, “This is the one—anoint him!” Samuel took the olive oil and anointed David in front of his brothers. Immediately the spirit of the Lord took control of David and was with him from that day on.

There are other examples of oils being used in the Bible such as when the Good Samaritan rescues the man who has been attacked by robbers and anoints him with oil. This action shows that the person is important.

When people are anointed during baptism it shows that they belong to God and have been chosen for a special purpose, just like David was anointed as king.

Take some time to think about how you make people feel special.

Could you make the effort to learn their name? Could you shake their hand or welcome them?

Jesus showed that everyone was special to Him because He never ignored anyone or left them out. We should follow the example of Jesus and make others feel special in whatever way we can.