This week we are thinking about the wonderful place that we live in.

It might be a good idea to start with the Scripture Resource this week so you can see how Our World was created by God.

We have lots to be thankful for, the land and the sea, the animals, the sun and the moon, our friends and family, hugs, laughter – the list could go on forever!

In your head picture the things that are in the song as you listen.

This song is called “What a Wonderful World” and it is all about appreciating the world that we have been given by God.

Think about the things that you think are wonderful in the world.

Discuss them with your Class.

Work with your Classmates to create some actions for the song. You might like to write your own verse of the song to share what you think is wonderful about the world.

Please help us Lord to appreciate all the wonderful things that we have in the world.

Look carefully at this picture. 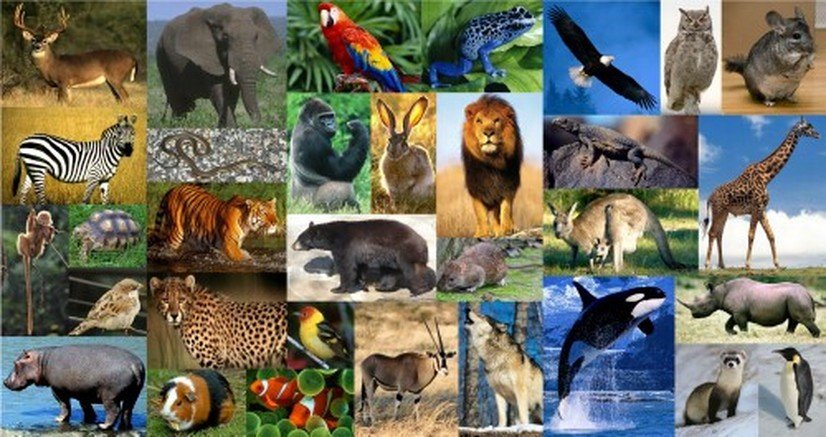 Try to name all of the animals in the picture.

Which is your favourite animal from the picture and why?

God has created a beautiful world with many wonderful creatures in it.

If we do not treat our world with respect animals may be harmed and even disappear completely!

Think about how you could care for the world and God’s creatures that live in it.

Could you feed the birds?

Could you try to put all of your litter in a bin so that it is not dangerous for animals?

Could you use less paper so that there are more tress in the world for animals to live in?

Thank you God for making so many different animals in the world.

Please help us to take care of them and to respect the world that we all live in.

This week’s action is all about celebrating the different countries and cultures we have in the world.

Your task is to complete the Bingo grid by finding someone in your Class who matches each of the statements below.

You can only put someone’s name on the grid once, even if they match more than one statement.

When you finish shout BINGO! Then your teacher and your Class can check that you have completed the grid.

You can make the Bingo grid go full screen by clicking on it! 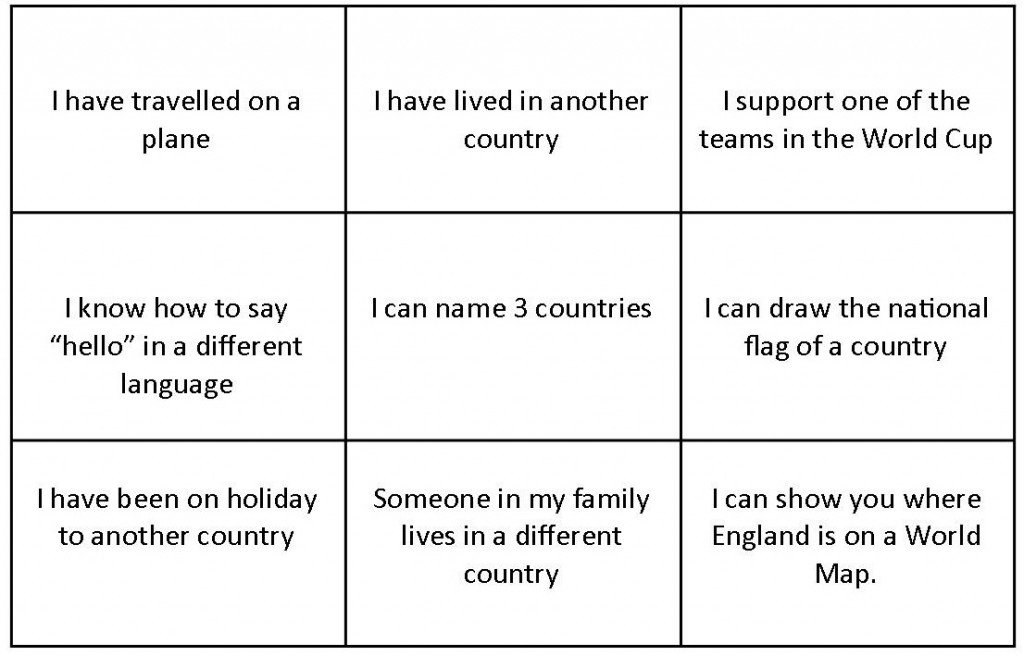 From this activity you can see that there are lots of places and lots of cultures throughout the world and that the people in our schools have travelled to some of them or are a part of the many different cultures that exist.

We should always celebrate the different ways that people live and remember to always include others in our culture so that they feel welcome.

Thank you Lord for making the world such an exciting place with all of the different cultures and countries.

Help us to always respect each other and to always make others feel welcome.

This week it is time to meet a very cool guy. His name is The Kid President!

In this video he is talking about a day which is celebrated all around the world called World Humanitarian Day.

So, in the video the Kid President was discussing what the world needs more of to be a kinder, happier place.

What do you think the world needs more of?

Discuss what you think the world needs more of with your classmates.

You might like to make a video of your own to say what you think the world needs more of to make it the happy and loving place that God created.

This week’s Scripture explains that God created the world.

Watch the video or read the Scripture below.

A reading from the book of Genesis.

In the beginning God created heaven and earth. Water lay deep over the surface of the earth and the darkness was absolute.

God said, “Let there be light.” And there was light. God divided the light, which He called day, from the darkness, which was night. And so ended the first day and night of creation.

Next God said, “Let there be sky over the waters,” and He called sky heaven; and this was on the second day.

On the third day dry land rose up through the waters, and God called the land earth, and the waters sea. At once grasses took root on the earth and every kind of plant; buds opened, seeds sprouted and trees grew heavy with fruit.

On the fourth day God said, “There must be lights in the sky to divide night from day and to mark the seasons.” For this He created two lights, the greater, which He called the sun, to shine over the day, and the smaller, the moon, to shine at night. Around the moon He set the stars.

On the fifth day God created all the creatures of the sea and sky. Birds flew through the air, while in the watery depths great fish swam silently.

On the sixth day He made all the animals, from the wild beasts of the desert and jungle to the cattle grazing in the fields. And God said: “I shall make man to rule over them.” And so from the soil itself God created mankind, both male and female in His own likeness. and that was on the morning and evening of the sixth day.

On the seventh day God rested, for His work was done, and He saw that all that was well with the world.

The word of the Lord.

It is important to remember that it was God who created everything, the light, the land, the seas, the plants, the animals and us, humans.

We must try to remember to thank God for the wonderful creation that He made.

Close your eyes and think about all of the things in the world that you like and that you are thankful for.

Lord, thank you for the amazing world that you have made for us to enjoy.