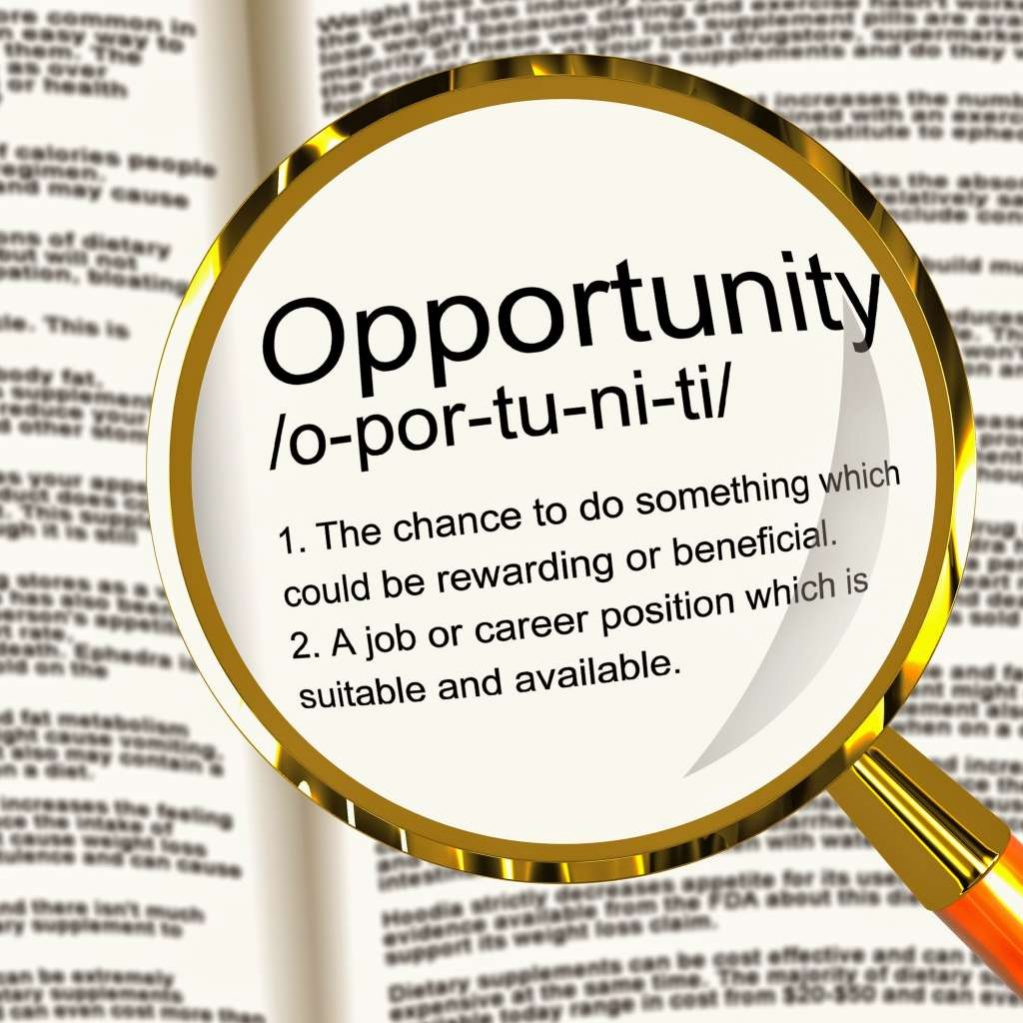 Everyday we are faced with many opportunities and this week we will be thinking about whether we make the most of them and if they are good choices when we make them.

Our Music Resource reminds us that if we are going to take opportunities then we must let go of our worries first and there is a song to help us to do that.

In our Picture Resource we will be looking at a picture which shows Jesus being condemned to death by the crowd and by Pontius Pilate. There were lots of opportunities for someone to stand up for Jesus but no one made the right choice.

We can turn all of that around during our Action when we think about our own opportunity to be a superhero to those around us and we will be thinking about the powers and costumes that we will need to do that.

Our Video Resource reminds us that even if we do not take an opportunity the first time, God will offer us a second chance if we say sorry and there are second chances for Jonah and the people of Ninevah in the Bible book of Jonah.

Finally, our Scripture Resource reminds us of how blessed we are to have the opportunity to learn and to become wise and we should make the most of this at all times.

If we are going to make the most of the opportunities that are available to us then we need to make sure that we are not worrying about things that might hold us back.

In this song, from the Disney film ‘The Jungle Book’, Balou explains to Mowgli that he should relax and and not worry about things that aren’t the ‘bare necessities’!

Try to let go of any worries you may have and enjoy the song and its message!

What do you think are the bare necessities in your life? What are the things that are most important to you and you couldn’t live without?

What sort of worries stop you from taking the opportunities that you have?

Are there any times that you have felt worried about something but then you realised that you didn’t need to be worried at all?

Try not to let your worries get in the way of the chances and opportunities you have to be a wonderful loving person and if you feel like you have a worry, ask God to help you through it.

Please help us God not to worry and to make the most of the opportunities that we have.

Look carefully at the picture below.

Do you know what is happening?

Are there any opportunities in this scene? 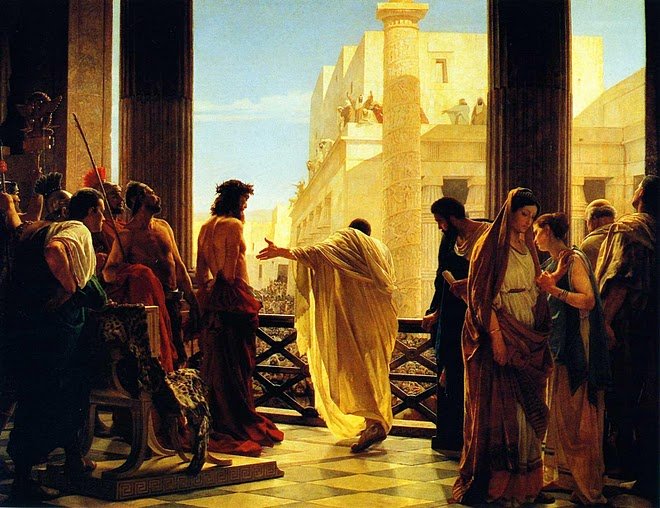 Read this scripture to find out what is happening in this picture.

Try to think about the opportunities that are in the picture and the scripture.

Then Pilate took Jesus and had him whipped. The soldiers made a crown out of thorny branches and put it on his head; then they put a purple robe on him and came to him and said, “Long live the King of the Jews!” And they went up and slapped him.

Pilate went back out once more and said to the crowd, “Look, I will bring him out here to you to let you see that I cannot find any reason to condemn him.”So Jesus came out, wearing the crown of thorns and the purple robe. Pilate said to them, “Look! Here is the man!”

When the chief priests and the Temple guards saw him, they shouted, “Crucify him! Crucify him!”

Pilate said to them, “You take him, then, and crucify him. I find no reason to condemn him.”

The crowd answered back, “We have a law that says he ought to die, because he claimed to be the Son of God.”

When Pilate heard this, he was even more afraid. He went back into the palace and asked Jesus, “Where do you come from?”

But Jesus did not answer. Pilate said to him, “You will not speak to me? Remember, I have the authority to set you free and also to have you crucified.”

Jesus answered, “You have authority over me only because it was given to you by God. So the man who handed me over to you is guilty of a worse sin.”

When Pilate heard this, he tried to find a way to set Jesus free. But the crowd shouted back, “If you set him free, that means that you are not the Emperor’s friend! Anyone who claims to be a king is a rebel against the Emperor!”

When Pilate heard these words, he took Jesus outside and sat down on the judge’s seat in the place called “The Stone Pavement.” (In Hebrew the name is “Gabbatha.”) It was then almost noon of the day before the Passover. Pilate said to the people, “Here is your king!”

They shouted back, “Kill him! Kill him! Crucify him!”

Pilate asked them, “Do you want me to crucify your king?”

The chief priests answered, “The only king we have is the Emperor!”

Then Pilate handed Jesus over to them to be crucified.

Jesus’ friends would have been in the crowd of people who were shouting “Crucify him!”, why do you think they didn’t take the opportunity to shout that Pilate should free Jesus?

Pilate had the opportunity to let Jesus go free, why do you think he gave in to what the people were shouting?

Jesus had the opportunity to answer Pilate which might have meant that Pilate would’ve let Him go. Why do you think He stayed quiet and died on the cross for us?

When we are given the opportunity we should try to make the right decision and not be pressured into the wrong decision.

The disciples and Pilate were too scared to make the right decision because of the angry, shouting crowds.

Think abut whether you have ever made the wrong decision because of the pressure of those around you.

Jesus knew that there was an easy way out but instead He gave His life for us to show just how much He loved us.

Can you think of a time when you have made the right choice, even though it was not the easy choice?

Please help us Jesus to be more like you and to do what is right, even if it is difficult and makes us a bit scared.

Help us to trust that you will help us and protect us in difficult times.

Have a look at this picture – these superheros could be you! 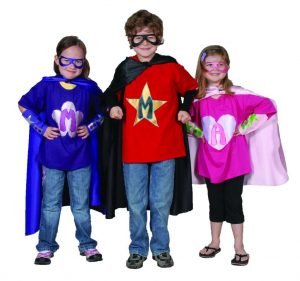 We all have the opportunity to be a superhero, we just have to choose to take it.

Through acts of love and kindness we can be superheros for those around us.

Your Action this week is to create the superhero that you want to be. Think about:

Try to think about how you could be more like your superhero in the way that you speak to others and how you treat them in day to day life.

Please help us Lord to realise that we have great power in the love that we show to others and that we can be heros to those around us.

Sometimes we might miss opportunities the first time so it is important that we take them if we are given a second chance.

In this video we will hear about a story in the Bible, from the Old Testament, where a man named Jonah and the people from a town called Ninevah, are given a second chance and have another opportunity to do the right thing.

This story can be found at Jonah 1-3.

Have you ever tried to avoid a job that you were asked to do?

What did Jonah say before he was given a second chance?

What did the people of Ninevah do when Jonah told them the bad news about their city?

The Bible tells us that God gave Jonah and the people of Ninevah second chances because they took the opportunity to do the right thing and they changed their ways.

During Lent we have the opportunity to change the bad things in our life and, if we say sorry to God, He will forgive us and will give us a second chance.

Think about some of the things that you would like to change this Lent.

Where do you need the opportunity of a second chance?

Help us Lord to make the most of an opportunity to change and to do the right thing when we are given a second chance.

Thank you for forgiving us when we have done the wrong thing.

The book of the Bible that this week’s scripture comes from can be known by two names: Sirach and Ecclesiasticus.

This book is one of the books found only in Catholic Bibles.

This book of the Bible is from the Old Testament and it was written because it seemed that the Jewish people were forgetting what God had taught them.

The book of Sirach teaches us all kinds of things but most importantly it teaches us how to show our love for God and for other people.

In the piece of scripture below it teaches us that we have the opportunity to learn and we should take it! 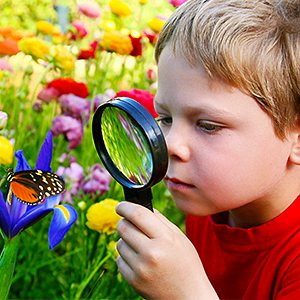 A reading from the book of Ecclesiasticus.

Here is what I say: It costs nothing to be wise. Put on the yoke, and be willing to learn. The opportunity is always near. See for yourselves! I have really not studied very hard, but I have found great contentment. No matter how much it costs you to get Wisdom, it will be well worth it.

Why do you think we should take the opportunity to learn? Is it important to learn new things?

Do you think everyone has the opportunity to learn?

When do you think there are opportunities to learn?

How could you share your wisdom with others so that they have an opportunity to learn?

We are blessed that we can go to school and learn new and interesting things.

Lord, please help those who do not have the opportunity to learn and to gain wisdom by going to school.

Help us to make the most of the opportunities that we have to learn new things.