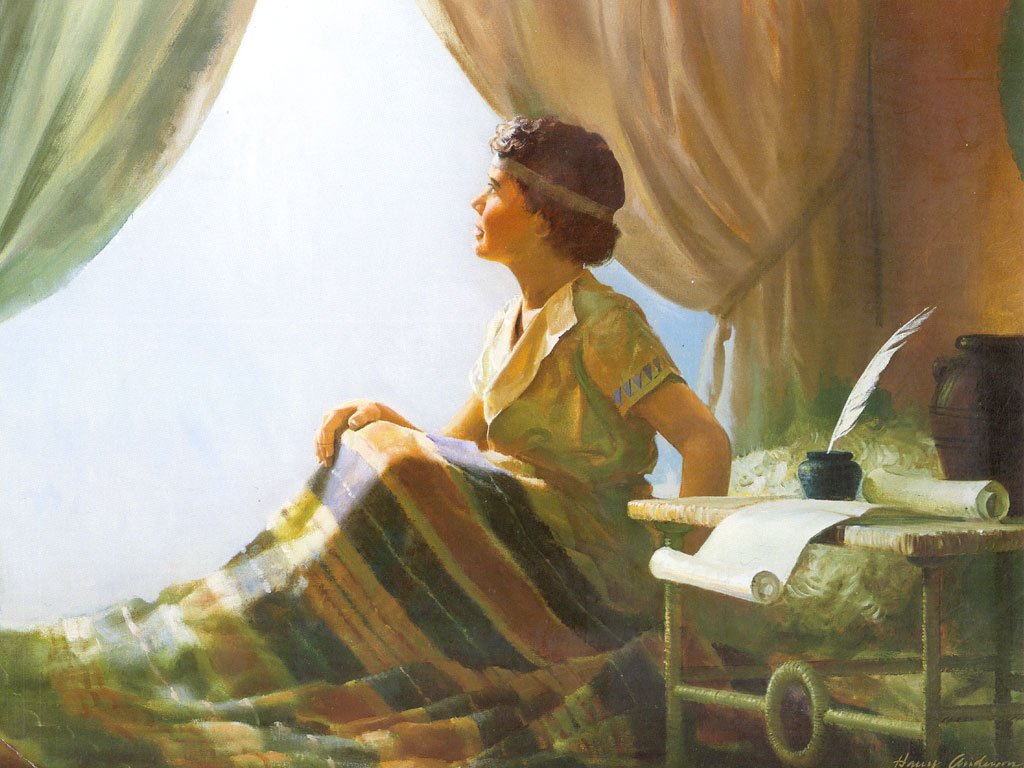 We will all receive a call from God to do something special with the life that God has given us. This week we will be thinking about how we are called and how we should answer that calling when we receive it.

Our music will help us to recognise that our calling may not be a voice but instead a feeling in our hearts and our picture resource will show us the great example of the Saints who answered their calling from God.

Our Action will give us some training on how to work out the message in our calling and our Video will show us that we need to have confidence and believe in ourselves to do the challenging things that we may be asked to do.

Finally, our scripture story will give us a chance to put together what we have learnt throughout the week by acting out the story of Samuel when he was called by God.

When we are called it isn’t always a voice speaking out to us. It may be a feeling in our heart that is telling us to choose a certain way of life and to walk down a certain path.

No matter how we are called there are lots of ways of communicating with God and one of them is through song!

Listen to this song about being open to God and listening for God’s call.

This is a great song to use when we pray and talk to God because it is asking to see God and to hold God in our hearts.

Using the words below, create your own actions so that you can join in and use this song as your prayer today.

Open the eyes of my heart, Lord

Open the eyes of my heart

To see you high and lifted up

Shining in the light of Your glory

Pour out Your power and love 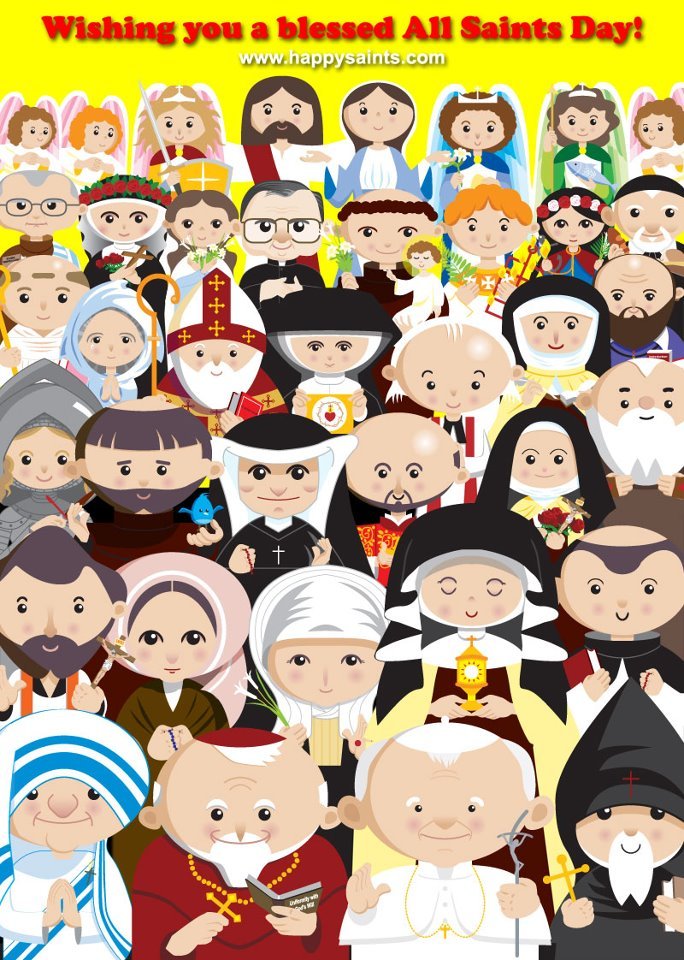 On Thursday 1st November it is the feast of All Saints. This is where we celebrate all of the Saints, even the ones we don’t yet know about, and thank God for their faith and their lives.

The Saints are examples to us of people who followed their calling from God, and although many of them found it tricky along the way they gave their lives to God and did what He asked them to do.

All of our schools and our School Houses are named after Saints and Holy men and women.

Do you recognise any of the Saints in this picture?

Can you tell anyone in your Class about a Saint and what happened to them in their life?

Below are 3 pictures of Saints, click on the pictures and try to guess which one matches each of these stories….

Watch out for these Saints over the next month and remember them on their feast days.

Today we are going to play a game which is all about working out the message in your calling.

You will need to send one person out of the classroom whilst the rest of you get ready.

Decide on a message/ theme.

Each person needs to choose one word which relates to that theme. For example, if the theme was football you could use out the words “referee”, “goal” or “penalty” but you couldn’t use the word “football” because that would give away the answer!

When you have decided on your theme and your words, invite the chosen person back into the classroom.

Choose whether you are going to shout or whisper.

After 3, 2, 1…. you must all shout or whisper the word you have chosen. The person at the front must then try to guess the theme that you chose. You can try a few times if they are finding it tricky or you could try it in small groups to see if that makes it easier to hear the message!

Click below for some theme ideas but make sure you cover them up before the person returns to to the classroom!!

What do you think the theme is?

Hopefully you managed to hear the true meaning and message amongst all of the noise!

Hearing God’s call can be difficult when there is so much going on around us but we need to try to take a step back and think about what we believe God is calling us to do.

Help us Lord to hear your call amongst the noise in our busy lives.

Help us to have faith and to trust in what you call us to do.

Even when we have been called by God we might find it difficult to believe that we can do the things that God has asked us to do.

In this film clip we will see that a young boy called Arthur struggles to believe in himself. Watch carefully to see what happens once he believes.

As soon as Arthur believes in himself he is able to do what seemed impossible before and he manages to take the sword from the stone – a task that even the strong men couldn’t do!

As soon as he believes in himself everyone else around him trusts in him and soon everyone is cheering for their new king.

When God calls us we may not always have the confidence and the belief that we will succeed but by trusting in God and by trusting in our own abilities everyone else will trust in the message and the work we do.

If we are going to help others to believe in the wonderful message about Jesus then we must lead by example and trust in Jesus and ourselves too.

Think about some of the times when you find it difficult and challenging to believe in yourself.

Using the same words as the prophet Jeremiah ask God to help you so that you can believe in yourself and answer God’s call.

Lord, you are the one who protects me and gives me strength; you help me in times of trouble…

Watch the video and read the scripture below to hear how a boy named Samuel answered God’s call.

Samuel was sleeping in the sanctuary, where the sacred Covenant Box was. Before dawn, while the lamp was still burning, the Lord called Samuel. He answered, “Yes, sir!” and ran to Eli and said, “You called me, and here I am.”

The Lord called Samuel again. The boy did not know that it was the Lord, because theLord had never spoken to him before. So he got up, went to Eli, and said, “You called me, and here I am.”

The Lord called Samuel a third time; he got up, went to Eli, and said, “You called me, and here I am.”

Then Eli realized that it was the Lord who was calling the boy, so he said to him, “Go back to bed; and if he calls you again, say, ‘Speak, Lord, your servant is listening.’” So Samuel went back to bed.

The Lord came and stood there, and called as he had before, “Samuel! Samuel!”

As Samuel grew up, the Lord was with him and made come true everything that Samuel said.

To help you to understand what it is like to answer God’s call you are going to become part of the story and retell it to the rest of your Class.

Get into groups and tell the story in a new way. You might like to do a role play, draw a storyboard or you could even make puppets and do a puppet show to tell the story!

Think about how Eli and Samuel must have felt in the story and try to explain that as you share your story with your classmates.